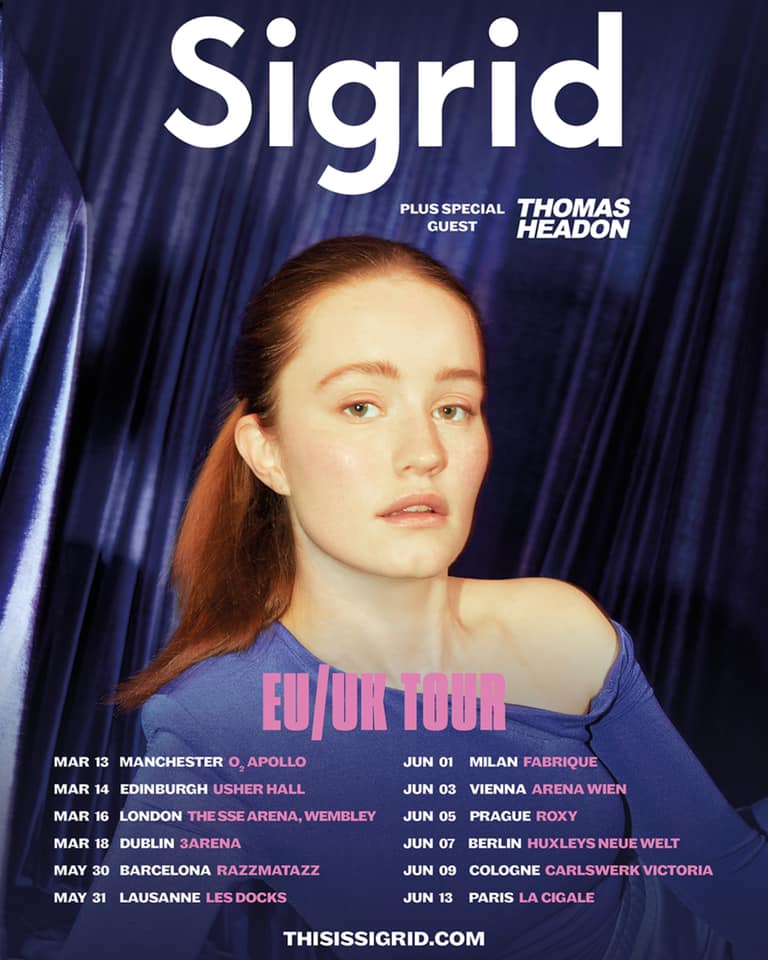 In 2013 at the age of seventeen Sigrid formed a band with her sister called “Sala Says Mhyp”. The group soon disbanded, but in the same year Sigrid launched her solo career with the song “Sun“. Three years later she scored a hit with the single “Don’t Kill my Vibe“, with which she achieved an international success. In March 2019 she released her first album titled “Sucker Punch” and went on tour as a support act with Maroon 5 and also with George Ezra.

She confirmed her natural talent in May 2021 with the single “Mirror“, which was already the “Hottest Song” on Apple Music in the UK in July 2021. Her popularity around the world is growing. She has successfully performed at major festivals such as Glastonbury, Reading & Leeds, Roskilde, Lollapalooza, Primavera, Isle of Wight, Latitude, Oya, Electric Picnic and Pinkpop. In addition she has sold out shows in the UK and Ireland. She has won numerous music awards, including the 2018 BBC Music Sound Award, the 2019 MTV Europe Music Adwards and the Spellemannprisen.

At Prague Sigrid will be performing as part of her “EU/UK Tour” and will have a special guest Thomas Headon with her.